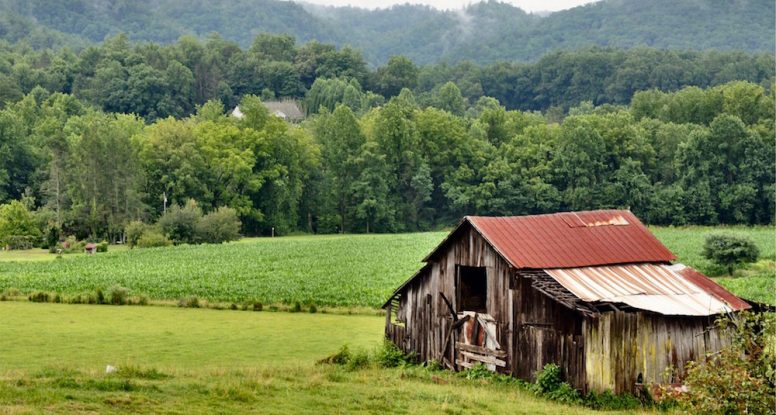 5 Interesting Facts About the History of Wears Valley TN

While Wears Valley is known for its spectacular scenery and peaceful environment, it also has a fascinating history behind it! When you are staying at Hearthside at the Preserve and admiring the beauty of the mountains, just imagine that early settlers once enjoyed those same views as they arrived to the area in the search of a prosperous life. There are a few other things that may surprise you about this beloved area, so here are 5 interesting facts about the history of Wears Valley TN:

Wears Valley TN is situated in a valley known as Wear Cove, which runs parallel to the Great Smoky Mountains National Park just to the south. Wears Valley was originally named Crowson Cove after Aaron Crowson, who was the first settler in the area in 1792. The name was later changed to Wears Valley to honor the Revolutionary War veteran Samuel Wear. While no one really knows why the name changed, it is known that the transition took place around 1900 after Samuel Wear constructed a fort near the entrance to Wear Cove in what is now Pigeon Forge.

2. Early Settlers Were Lured By Limestone

Wears Valley is a type of valley that is known as a limestone window, which is created from a process in which erosion weathers through old sandstone and reveals the newer limestone underneath. The limestone makeup of the area attracted early settlers because of the fertile soil, which led to a good crop production. There are also several other well known limestone coves that dot the northern rim of the Smoky Mountains, including Cades Cove and Tuckaleechee Cove.

3. Religion Was a Vital Part of Life

Religion was a vital part of life in Wears Valley TN and other areas of Tennessee as churches began to appear all over the new landscape of the United States. The Bethlehem Church was a crude log church constructed around 1800 by Aaron Crowson and a few other early settlers in the area. This was a multi-denominational church that was used by both Baptists and Methodists throughout the 1800s, with Baptist services conducted by an elected pastor and Methodist services led by circuit riders. In 1886, Baptists and Methodists built separate churches but union meetings between both denominations were fairly common.

4. Funerals Were Held at Headrick Chapel

While exploring Wears Valley TN, you might notice a small white frame chapel building along Route 321. This is Headrick Chapel, which was constructed in 1901 and is on the National Register of Historic Places. For most of the 19th century, funerals were held at Headrick Cemetery and a large oak tree provided shelter for funeral attendees. However, it was apparent that the cold weather and rain made it necessary to build a structure to conduct indoor services. Therefore, the Headrick Chapel was constructed on the cemetery grounds. During funeral services, the chapel’s bell would ring once for every year of the deceased’s life. This tradition is still observed to this day by many of the residents in Wears Valley.

Once the first churches were constructed in Wears Valley TN, the early settlers quickly focused on building schools in the area. Eventually, two buildings were erected with one on the lower end of the Cove and one on the upper end. Aaron Croson donated the land on the lower end and it was named The Crowson School, while W.H. Kings donated the site on the upper end where it was called The King School. These small schoolhouses had very basic teaching materials and improvements were eventually needed once the population grew. The led to the building of the Wearwood Academy, which had its first graduating class in 1912. The Sevier County Board of Education later purchased the property and changed the name to the Wearwood School.

Check out all of our cabins in Wears Valley TN today to plan your vacation to this beautiful and historic area of the Smoky Mountains! We look forward to seeing you soon at Hearthside at the Preserve!

RECENT POSTS
What are you looking for?
Post Topics